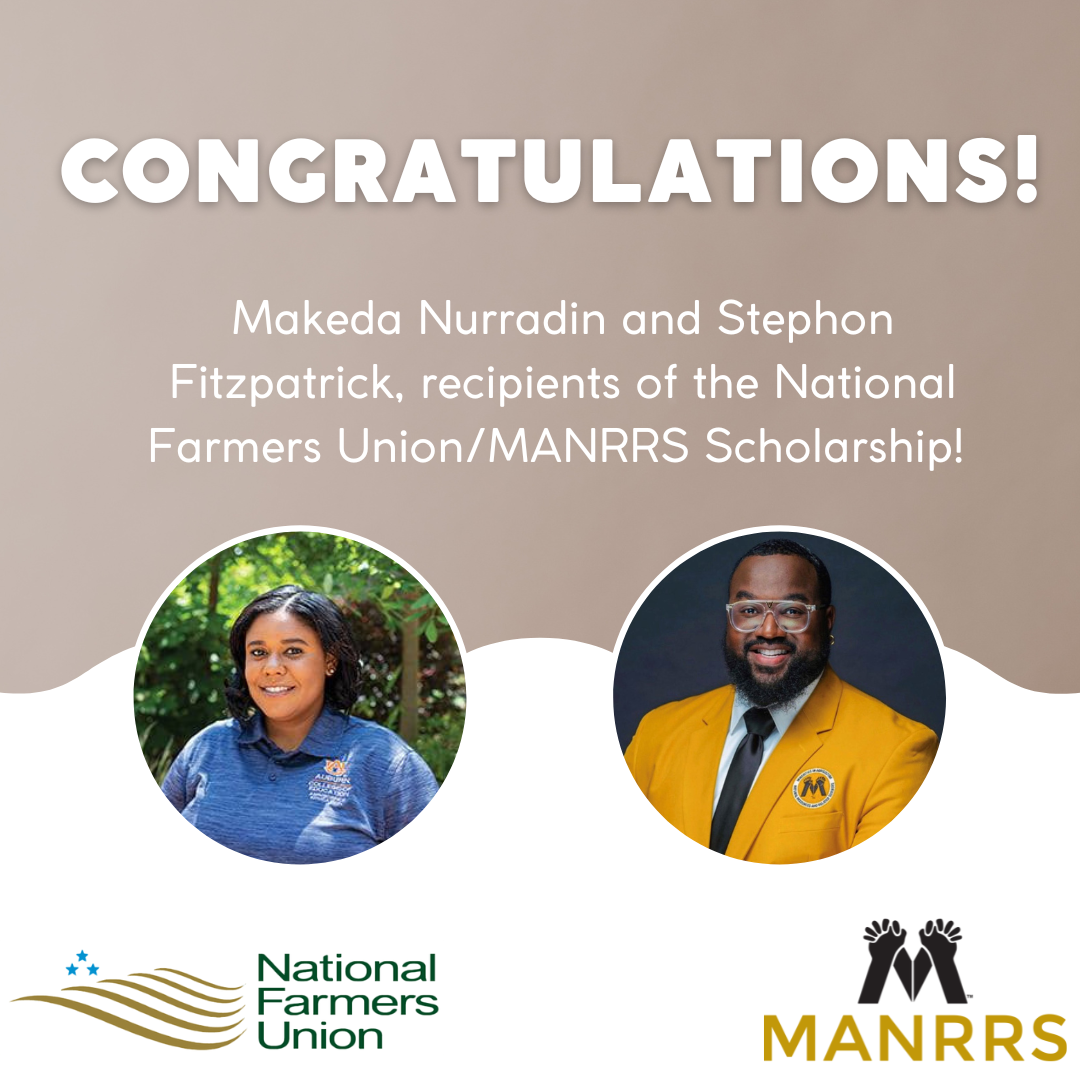 Every year, the organization presents several scholarships to students in any area of study attending a two- or four-year accredited college, university, or technical school who have demonstrated academic excellence and a commitment to their communities.

“For 120 years, education has been at the foundation of National Farmers Union,” said NFU President Rob Larew. “To secure a bright future for our organization and American agriculture, we need to ensure that young people have the educational resources they need to become tomorrow’s leaders. The future of agriculture is in the hands of the next generation.”

Phillip Prewet of Montana received the Hubert K. & JoAnn Seymour Scholarship, a $2,000 scholarship award given in honor of the dedication and commitment to Farmers Union and family farming by Hubert and his wife JoAnn. Hubert K. Seymour was a leader in the Farmers Union organization throughout his life at both the state and national levels. He served the Illinois Farmers Union as secretary-treasurer for eight years and vice president for 12 years before he stepped down in 1990. He farmed full-time with his wife until his passing in 1994.

In addition, three Farmers Union members were each awarded the $1,500 Stanley Moore Scholarship, in memory of the award’s namesake, a long-time Farmers Union member and visionary leader, including his roles as NFU Vice President and chairman of the NFU Insurance Companies board. The recipients of the Stanley Moore Scholarship are Kathleen Marty and Kathleen Voight, both of Colorado, and Sierra Heinz of North Dakota.

NFU also presented two $1,500 Minorities in Agriculture, Natural Resources and Related Sciences (MANRRS) scholarships, which were open to MANRRS members and their children. The initiative is part of a formal commitment between NFU and MANRRS to provide educational and leadership opportunities for young people of all racial and ethnic identities, develop federal policy priorities, and extend each other’s reach within agricultural communities. Stephon Fitzpatrick of Pennsylvania and Makeda Nurradin of Alabama are the recipients of this award.

“Agriculture is strengthened by diversity in its workforce,” Larew said. “With these scholarships and other outreach, we’re working to make agriculture a more accessible career path for students of all races and ethnicities.”

Applications for the 2023 scholarship awards open in December 2022. More information about the scholarships is available on the NFU website at nfu.org/education/scholarships.

About MANRRS
MANRRS is a non-profit organization promoting academic and professional advancement by empowering minorities in agriculture, natural resources, and related sciences. MANRRS has a reach of over 10,000 students and professionals within six Regions, and 60 Collegiate Chapters across 39 states, and Puerto Rico. For more information, visit www.manrrs.org, and connect with us on Facebook, Twitter, LinkedIn and Instagram.

Posted on Oct 15, 2021
The American Farm Bureau Federation and the National Society of MANRRS  are pleased to announce a new partnership.